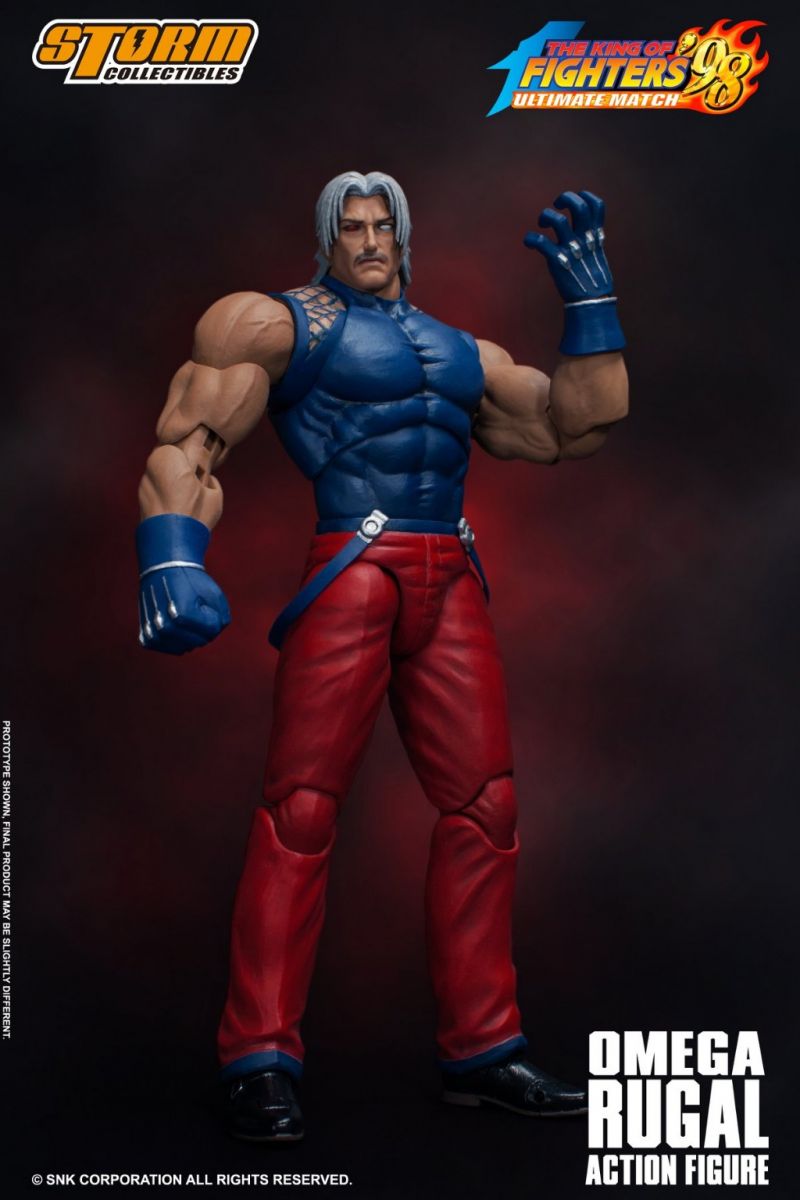 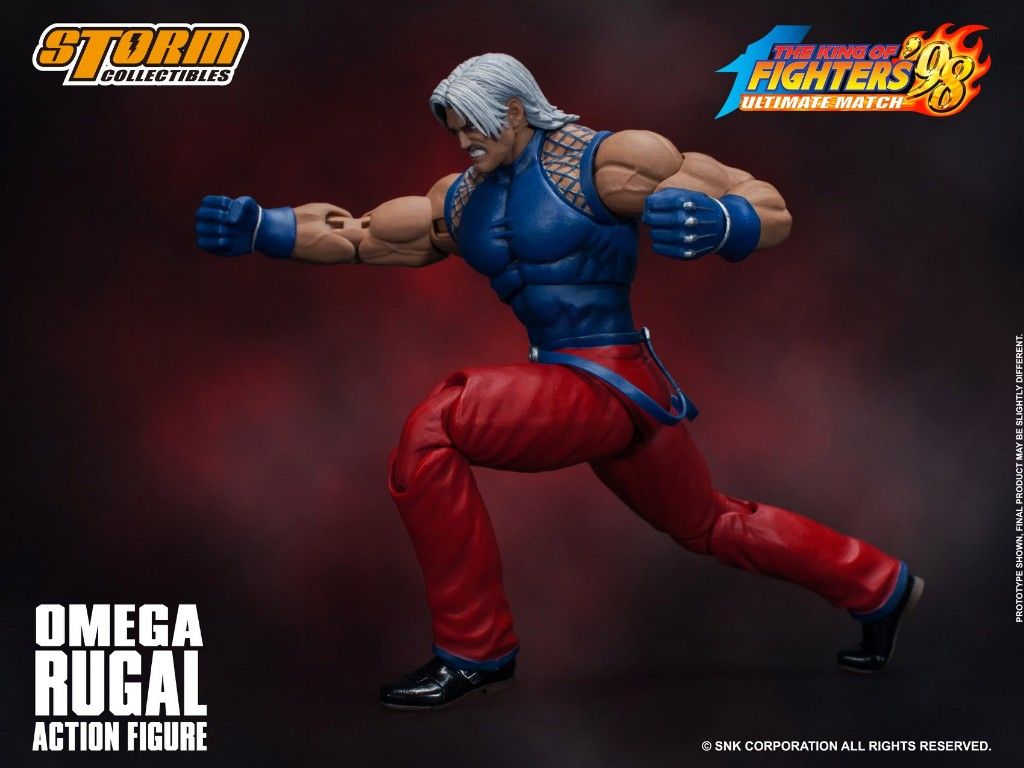 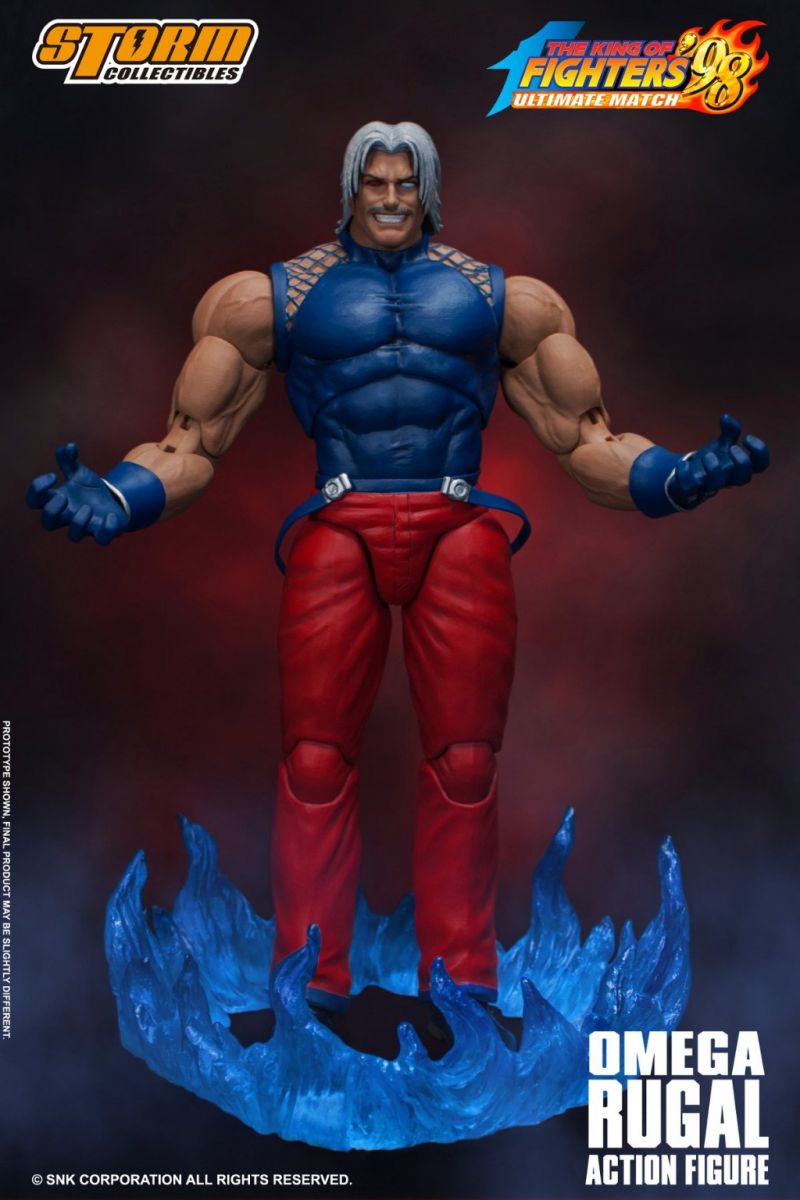 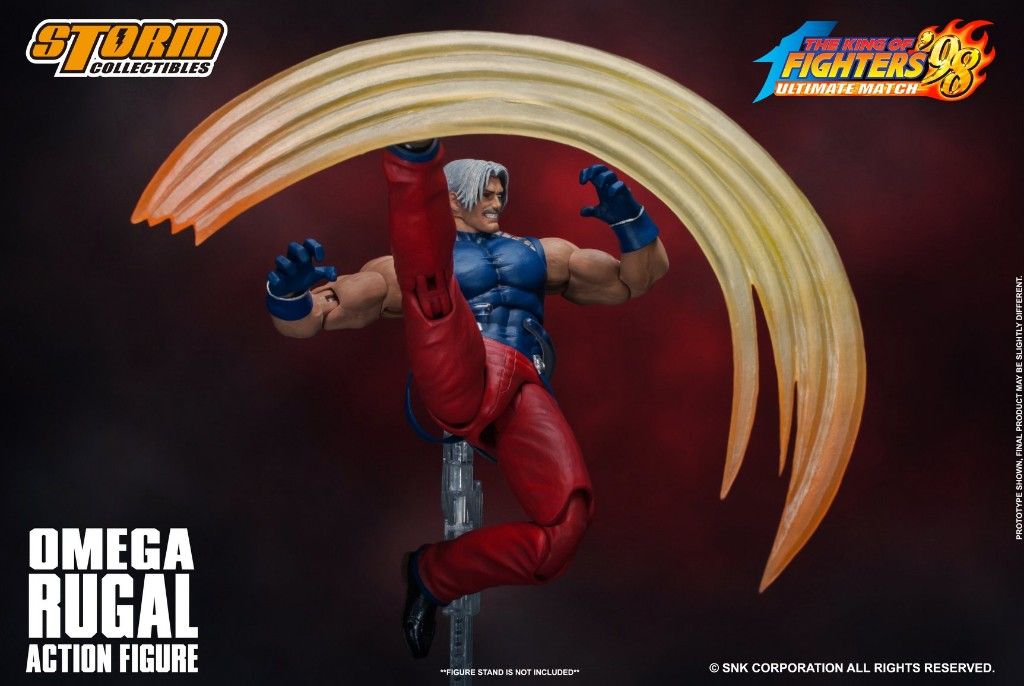 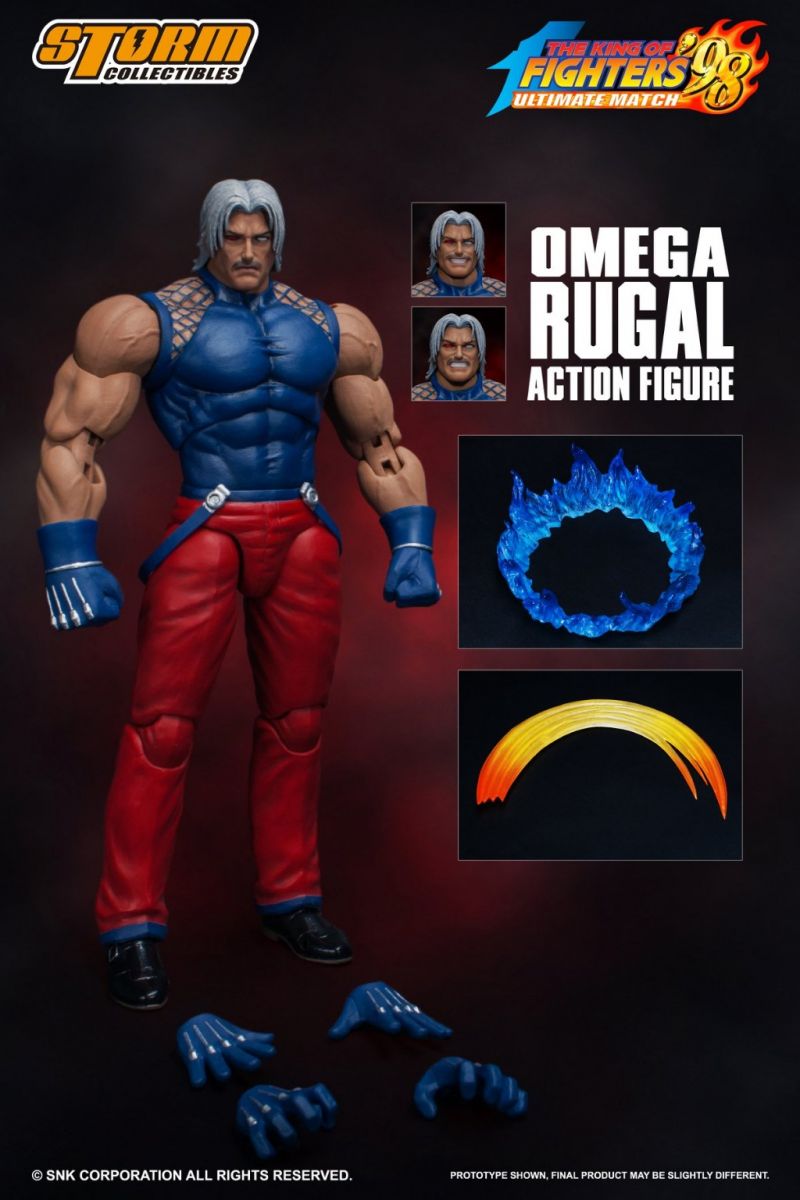 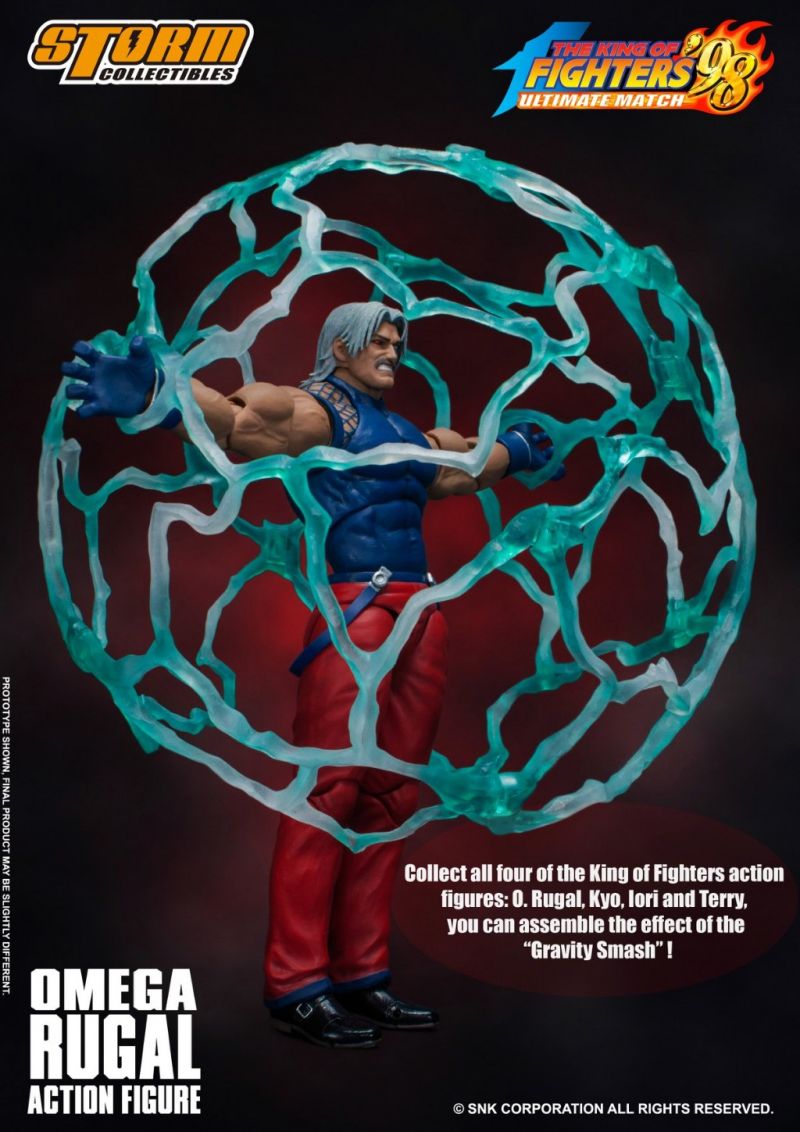 Storm Collectibles is announcing our new licensing partner SNK - The King of Fighters ’98 Ultimate Match to join our gaming action figure series. KOF is one of the most popular arcade fighting game worldwide and KOF ’98 UM is considered as the dream match with the most complete roster of characters. The first character to be released is: Omega Rugal - is the boss and playable character in KOF ’98 UM. Omega Rugal is an alternate/ ultra-evil form of Rugal Bernstein, his one eye was removed by Goenitz when he was trying to channel Orochi’s power. In KOF ’98 UM he gained a new projectile called the Gravity Smash.  Collect all four of the KOF '98 UM characters : Omega Rugal / Kyo / Iori / TerryEach character will includes 1/4 part of the Gravity Smash effect . Collect all four and you can create the Omega Rugal's Gravity Smash effect.    Each character will be released in different time period.