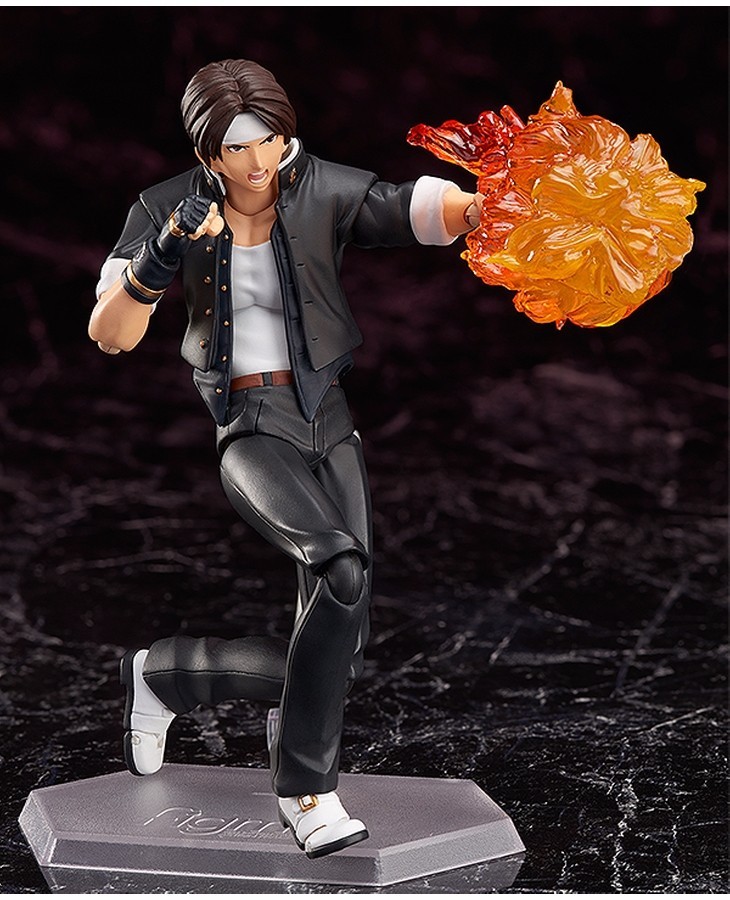 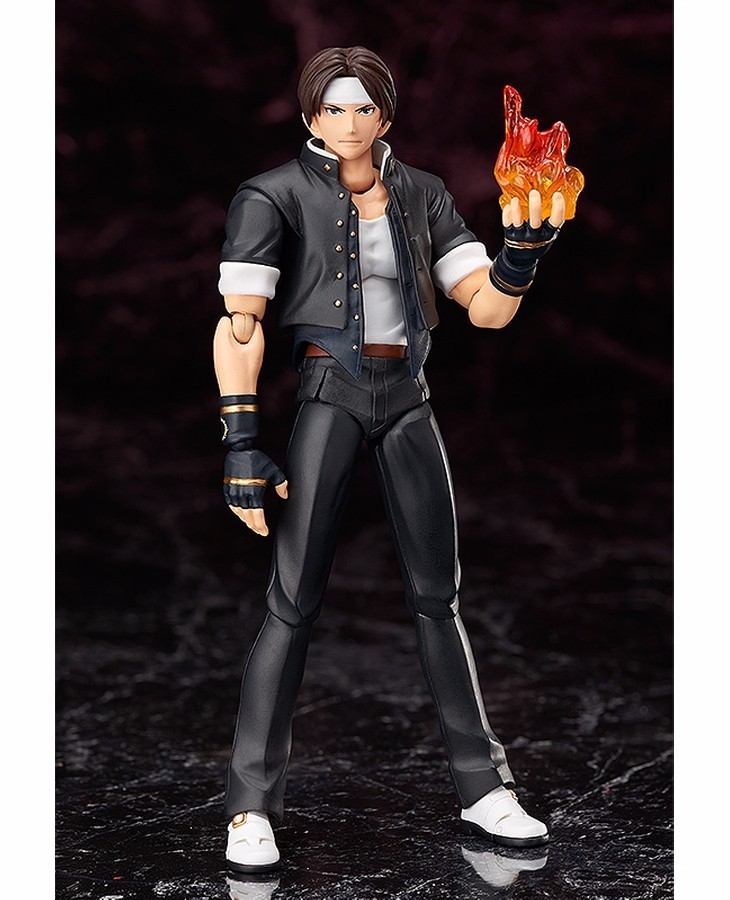 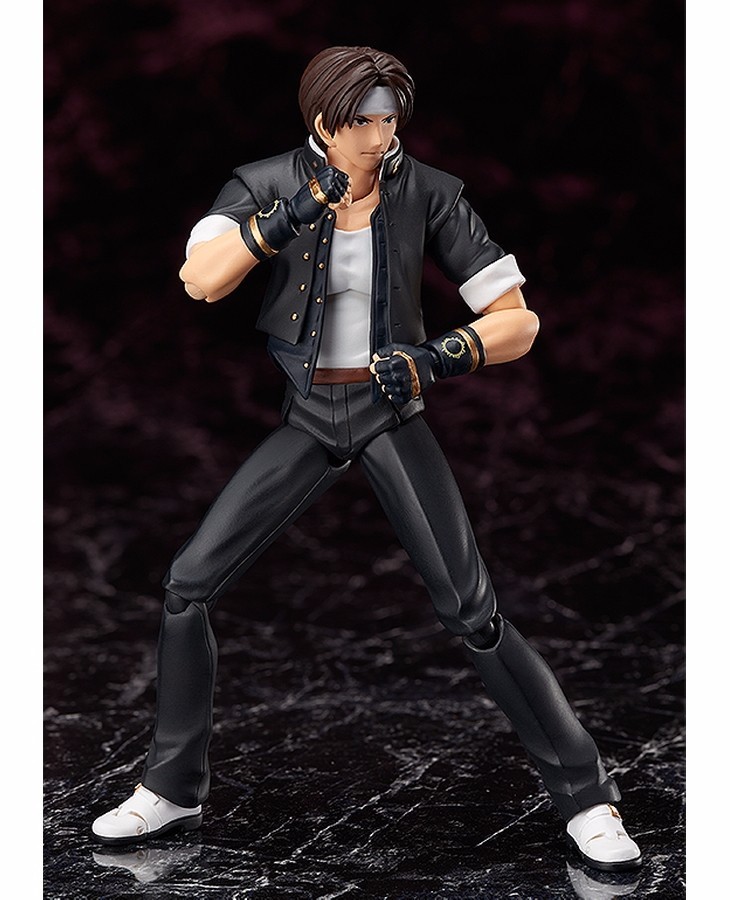 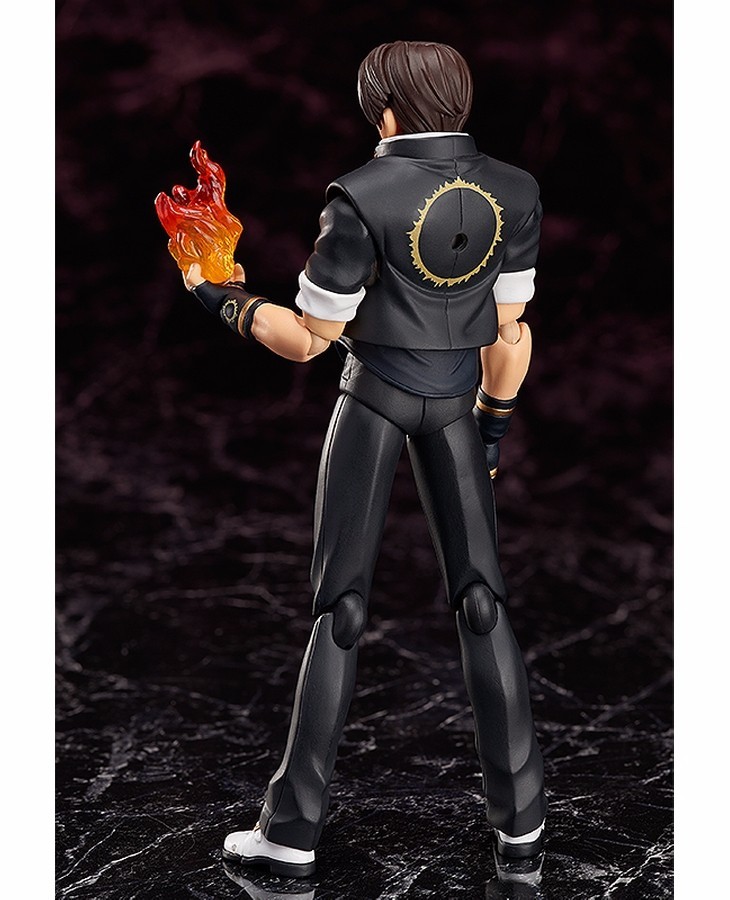 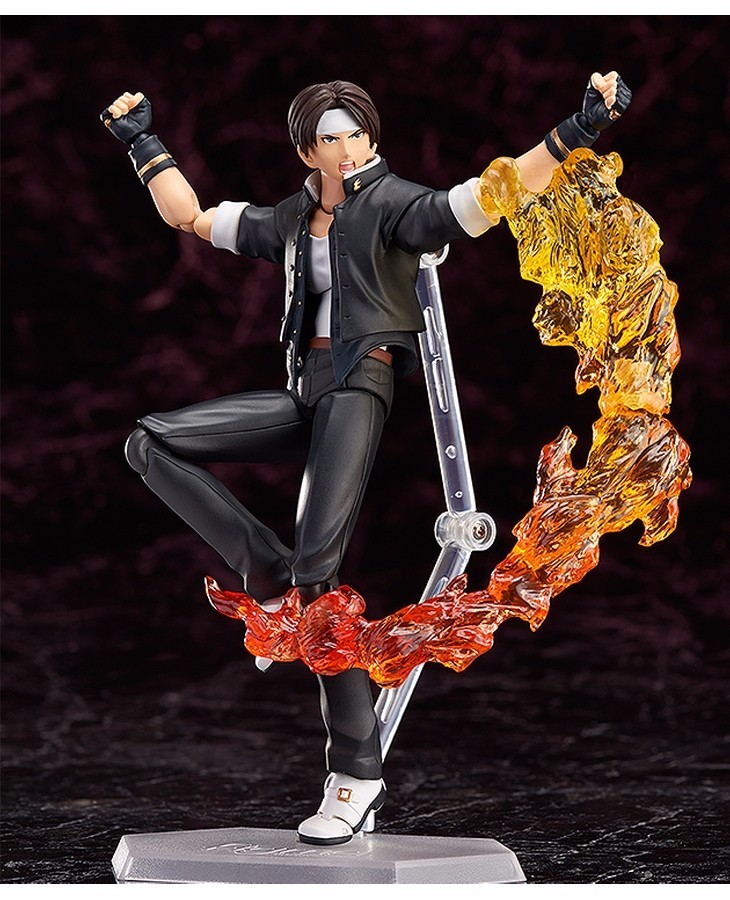 · Using the smooth yet posable joints of figma, you can act out a variety of different scenes.
· He comes with both a cool and composed standard expression as well as a shouting expression for combat scenes.
· Optional parts include effect parts to recreate "114 Shiki: Aragami" and "100 Shiki: Oniyaki" moves as well as flame effects to place on his palm.
· An articulated figma stand is included, which allows various poses to be taken.

*Images are for illustrative purposes only. figma Iori Yagami is sold separately.